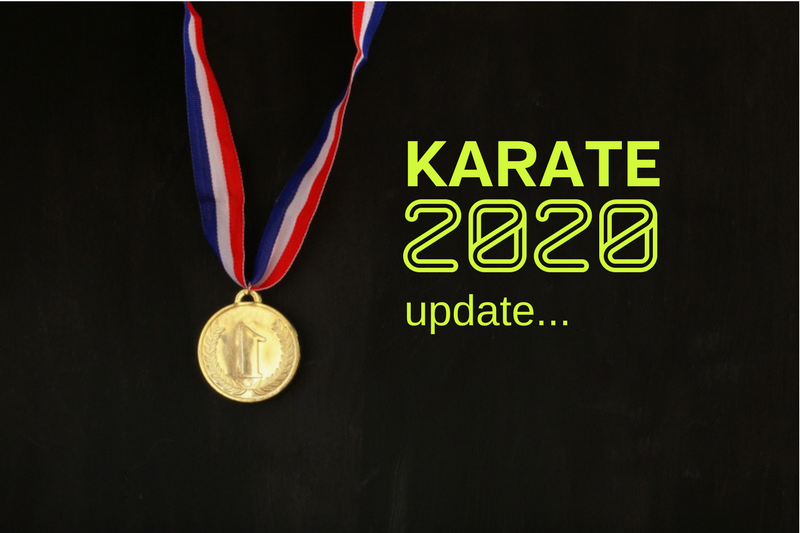 In February this year, PerformancePro launched the Karate2020 professional Olympic karate training programme. This PerformancePro-sponsored training for potential Team GB Karatekas is now in full swing as we support three athletes to be fitter, stronger, faster and more powerful.

Tokyo 2020 is our goal and, with Karate as a new addition to the Olympic programme, PerformancePro is training Karatekas at the top of their game to compete in the greatest show on earth! Most British Karate athletes compete to the highest standards with no support from larger sporting bodies to help fund training, travel, accommodation etc. So PerformancePro is there to help by doing what we do best.

‘When you realise that what you are seeking is also seeking you, you don’t worry about other people trying to take it away from you. It’s already yours, claim it.’

With an all time world ranking #14, Alton Brown is a European and World medallist, English Karate Team captain and competitor and Team Manager for BUCS National GB Team.

Alton is coming back stronger than ever after some recent injuries and is now back, recently competing at the French Cup. Working with his PerformancePro coach James Daley, Alton’s Olympic karate training moves into a capacity building phase to finish the year.

‘Tears don’t win medals and when you can’t do one more. Do one more.’

With an all time world ranking #10, Natalie Williams is a member of the English and British National Karate team where she has won various World, European & Commonwealth titles.

Key milestones in Natalie’s Olympic karate training with PerformancePro include 15kg increase on back squat, 5kg bench increase and learning to perform cleans and power cleans to demonstrate extra strength. This month Natalie competes at the French Cup, her final fights of the year. Throughout December, she will be focusing on an intensive and tailored karate training camp with her PerformancePro coach Natasha Cassone.

‘Success is no accident. It is hard work, perseverance, learning, studying, sacrifice and most of all, love of what you are doing or learning to do.’  Pelé

The youngest of our three Karetekas, Jaydon Sullivan is, as yet, unranked. But watch this space! This year, he has medalled at English National and Central England Championships plus both the Irish and British International Opens.

Jaydon is making great progress and maturing through the PerformancePro Olympic karate training programme. It’s great to see the inspiration he gets from his fellow team mates, Natalie and Alton. Jaydon started out trap-bar deadlifting at 60kg for 6 reps and is now lifting 140kg for 2 reps. Squats, bench press and pull ups are all progressing too and his next training block is now underway with his PerformancePro coach Rob Rees.

PerformancePro director Dan Boulle is proud of progress made so far. As ever, he also recognises the challenges of Olympic karate training in the real world,

‘Our Karate2020 athletes have been working extremely hard. With no funding it’s incredibly difficult to hold down a full time job and train for an Olympic games, it takes a phenomenal effort. Under the watchful eye of Alex Adams, the dedicated PerformancePro coaches have been pushing the athletes physically whilst developing their skills. Performance training isn’t a case of just turning up and doing what you’re told. It takes a huge amount of concentration and skill acquisition for the athletes to reap the best results. In effect they have been learning how to train.’

With 2018 ahead of us, we’ll keep you posted with PerformancePro’s #Karate2020 project.

Looking to raise your game? Sports performance coaching at PerformancePro will help you gain the edge at any level of your chosen sport. Contact PerformancePro today for a FREE consultation.