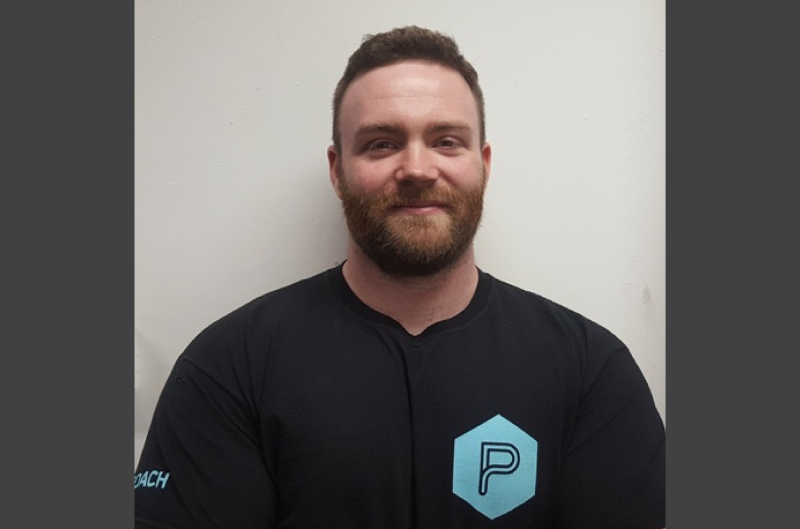 Meet Rob Rees, PerformancePro strength and conditioning coach. From professional rugby to youth training and competing at international level, Rob enjoys a variety of sporting and training environments. His focus, however, remains impressively single-minded when it comes to the discipline required to keeping standards high.

In between coaching PerformancePro clients and his own training for the recent British Powerlifting Classic Championships, we managed to squeeze in a quick chat to find out more about him and his training approach.

Rob Rees was born in London and grew up in Gloucester. As soon as he was able to get into the gym at school, Rob got into training too! He was about 15 and, although he had other interests, having something where he was really able to apply and push himself soon became his main passion,

“It was almost addictive! It wasn’t long before I was spending a lot of my free time reading and trying to find out more about how to improve my own strength and performance.”

This led to Rob studying Strength and Conditioning Sciences at St Mary’s in 2009, where he graduated with a 1st. He went on to spend a few years working as a strength and conditioning coach, first as an assistant coach at Ealing Trailfinders, then at St John’s School in Leatherhead working with elite youth athletes. In the meantime, Rob was also working as a personal trainer, which gradually shifted to becoming his full time career.

Alongside his career coaching and supporting others, Rob has been competing in powerlifting for the last 10 years with competition personal bests of a 280kg squat, 195kg squat, and a 335kg deadlift. Previously, Rob was a junior Commonwealth Champion and now he’s the current English and British Champion for 2018. He’s also represented Great Britain at World and European level.

We asked Rob how his competitive training informs his coaching approach at PerformancePro,

“My competition training has definitely had a big impact on how I coach. I think there’s a lot to be said for ‘in the trenches’ experience alongside academic qualification. There have been many obstacles or issues with my own training that I’ve had to problem solve over the years. This gives me a strong base in helping figure out why a client may be having a similar issue – whether it’s a niggle or trying to communicate what I’d like them to do.”

“I wanted to work somewhere that allowed me to use my strength and conditioning knowledge in a personal training setting. The knowledge and skill set at PerformancePro is very high, this keeps me motivated to keep improving and developing my own skills, which in turn helps me deliver my best for our clients too.”

Not surprisingly, given his commitment to powerlifting, a lot of Rob’s free time during the week is spent in the gym too. So, understandably, his weekends tend to be dedicated to relaxing as much as possible, usually with his feet up reading or watching a Netflix series!

Rob usually trains four times a week and he tends to focus on squat, bench press, deadlift and their variations.

“My training sessions can vary depending on time of year and the powerlifting competition schedule, but normally there’s some kind of heavy lifting involved.”

For work I try to keep a mix between research and practical application. The MASS research review is a great resource for the latest research, and I follow a lot of top lifters and performance coaches on social media to see what tips I can pick up. And, when it comes to the Rob Rees approach to his own training?