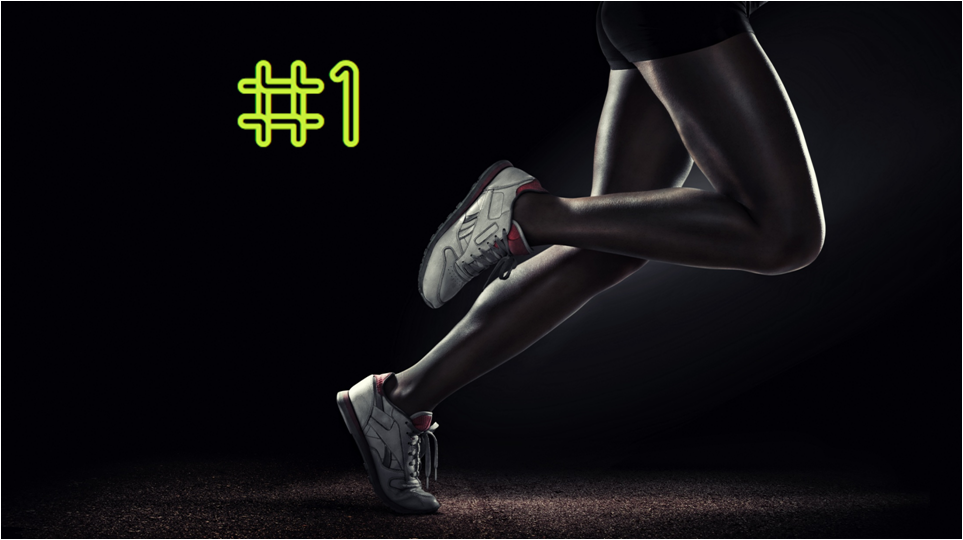 In Strength Training for Runners Part 1, our resident Olympic weightlifting trainer shares insights into the sports science behind structured strength training for runners.

Endurance running refers to events exceeding 5km in distance and as such, are run at a substantially slower pace than any race events under 5km (with the possible exception of the elite level).

This is where the ‘problem’ lies. If you could sustain your 5km pace for 10km, you’d be over the moon! So why can’t you? What are the physiological factors preventing this?

Part, and only part, can be explained by your ‘fitness’.

Fitness is used as a catch-all term when people talk about why they struggle with performance “I’m not quite fit enough…” Or how they measure improvement, “I’m fitter now than I used to be”. In reality what they are describing are the many processes in which the body becomes better at producing and using energy, removing waste products and regulating temperature. Even things like becoming accustomed to pain stimulus can mean improvements in performance but that doesn’t guarantee any of the other things have changed.

The sports science of endurance running

Sport science is concerned with how and why these changes occur in order to control and enhance them. As a runner you may have heard sports science terminology such as VO2 max, running economy (RE), heart rate maximum (HRM), or ground force reaction (GFR). The one that I, as a strength and conditioning coach, will discuss here is GFR which is essentially the force of landing between foot and floor. Basic physics uses Newton’s law of opposite and equal reactions to measure the force that the lower limb experiences each and every time you take a step. Stay with me, that was the only physics bit!

When long distance running, the average ground reaction forces are 3-4 times body weight and compressive forces can reach around 10 times body weight in the lower leg. Just do that simple maths in your head for a second. It’s a lot of force isn’t it, probably more than you would expect. This is where being stronger really comes into play. Your ability to absorb and use this landing force efficiently and repetitively is what will either allow you to maintain fast paces, or force you to slow down – thus reducing the forces.

Many endurance athletes are worried that strength training, particularly with free weights and external loads, will be detrimental. Fears of gaining weight are common and not totally unjustified – any extra weight means more work and more forces of course.

HOWEVER, properly planned and structured strength training does what is says on the tin. You get stronger. This does not require any gain in weight, and can often aid in reducing unwanted body fat. Strength training does not attempt to create hypertrophy (muscle growth/mass increase). Instead the aim is to improve your body’s ability to use what is already there.

Recruitment is the term we use to describe the process of activating muscle fibres. You already have these muscle fibres, and they’re already connected to your nervous system via neural pathways of axons and motor neurones. You get stronger in this case by getting better at sending and receiving signals to these motor units and by making more fibres contract with each signal that gets sent. Getting better and more effective at this means less energy used every stride, and running economy (a key indicator of performance) goes up. Being stronger has numerous other benefits – better running posture, better elastic return from the lower limb, stride length and the list goes on.

In Strength Training for Runners Part 2 of this series we will explore exactly how you gain and can use these strength training benefits.

About the Author: Alex Adams BSc, ASCC, CSCS
Alex Adams has worked in the fitness industry for over 10 years, his clients range from elite athletes to the general public. Currently based at PerformancePro London, Alex coaches Olympic weightlifting and strength and conditioning as well as presenting and tutoring on both subjects.

(Original article written for and posted on www.completeendurancerunning.com)