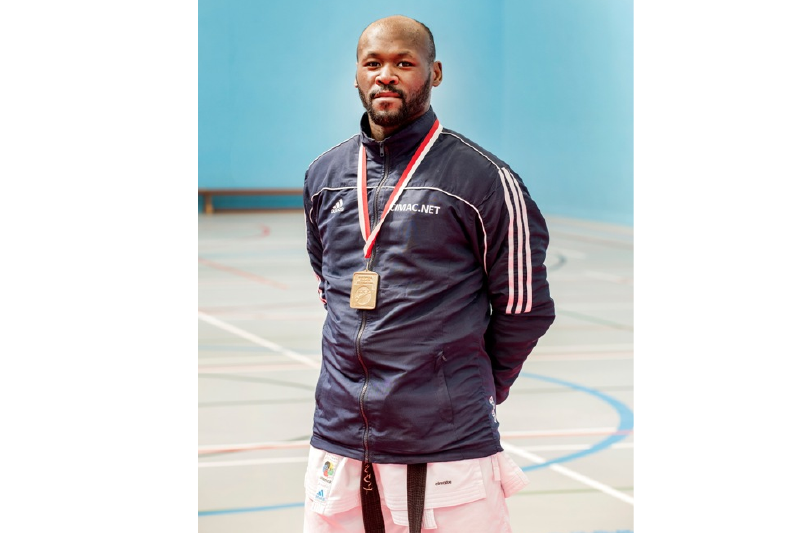 Alton Brown grew up in Bethnal Green, East London and started Karate when he was 11. He describes himself as ‘really driven from the start’. Twenty years on, we can see the results!

When Alton started Karate, he considered himself lucky to have been part of a competition-focused club. His instructor insisted the young karatekas trained several times a week, competed in regular competitions and the club facilitated travel abroad to train and compete.

“From quite a young age I found myself travelling to places I’d barely heard of in Europe and America. I distinctly remember being in Las Vegas, having run out of money. It was a real struggle to find a place that would allow an under-18 to collect the money my parents had wired to me. Great memories!”

Growing up, Alton unknowingly trained with some of the best instructors England. Luckily many of them were London-based. He tried for what felt like years to achieve selection for the national team. Just as he was about to give up, Alton Brown was selected for the Junior World Championships in Athens.

“My first taste of representing England and I just missed out on a bronze medal because of excessive contact against my opponent from Egypt. A couple of years later, I won the Junior European Championships. I had a broken jaw but had achieved international success for the first time.”

His first win sparked a run of wins for Alton and put him in prime position for a spot on the senior men’s team. Continued success at Senior European and World events included Alton’s most memorable achievement, his first European Gold.

“I can still hear my coach Dr Wayne Otto OBE, in my corner screaming, ‘make me a believer Alton’. He was the same coach that convinced me to stick around for a bit longer at a time when I was ready to give up. I’m eternally grateful.”

Now, Alton Brown is a European and World medallist, English Karate Team captain and competitor and Team Manager for BUCS National GB Team. His love of Karate is as strong as ever,

“Ever since I was a child, the dojo has always felt like home. Karate taught me and continues to teach me that in life any goal is possible. For a child growing up in quite a racist East London in the early 80’s, that was definitely a lesson I needed. Now I see it as a constant opportunity to almost seek perfection in how I manage my fears and challenges. There’s no better feeling than being able to maintain focus and confidence on an 8m by 8m mat in front of 15,000 people screaming!”

PerformancePro has sponsored Alton as an athlete since 2012. Working with director Dan Boulle, Alton’s strength and conditioning training has helped really push up his rankings on the world Karate circuit. Alton has this to say about PerformancePro’s approach,

“I’ve always felt in good hands at PerformancePro, working with their qualified coaches who know what they’re talking about. The gym facilities are fantastic. When you’re mentally trying to prepare like a professional athlete it really goes a long way to train in a professional environment. Right equipment, right staff, right focuses. Puts you in the right mindset. PerformancePro are passionate about athletes, I love that!”

Looking to raise your game? Sports performance coaching at PerformancePro will help you gain the edge at any level of your chosen sport. Contact PerformancePro today for a FREE consultation.