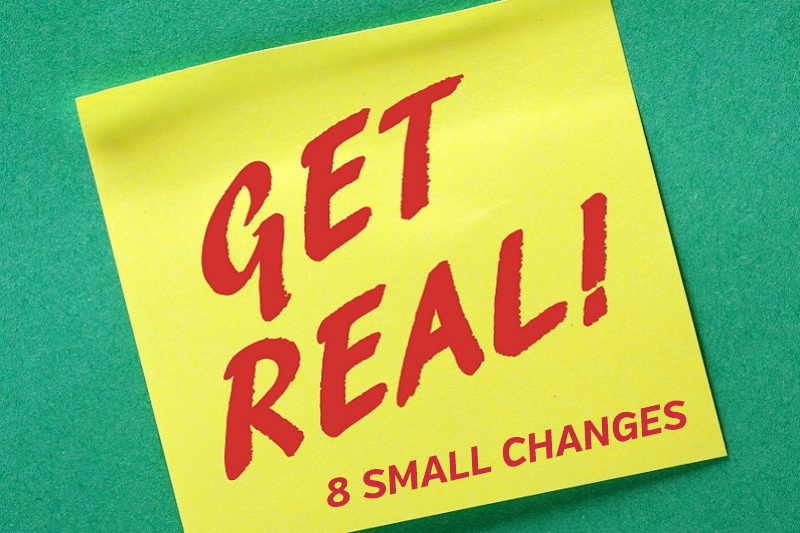 Faced with the big challenge of tackling insomnia, Dan identified that the one big change he needed was made up of eight small changes.

In Part 1 of this Fitness Series, PerformancePro director, Dan Boulle shared his recent experiences of insomnia and revealed the ‘ theory versus practice’ of being a personal trainer. In Part 2 we look at the Eight Small Changes Dan made and in more detail.

Just as Dan was reaching the point where he knew change was needed, one of his favourite medical journalists, Dr Michael Mosely, aired a documentary ‘The Truth About Sleep’. This curious serendipity gave Dan the impetus needed to investigate the battery of small changes that he could bring together and integrate into his every day. The overall goal was that these small changes might just, all together, make the big change he needed in tackling insomnia.

For Dan the first step in tackling insomnia was to look at the stimulants he was consuming and how they were affecting him.

First up was caffeine.

“I love coffee and realised I was often having up to five cups a day and drinking them late into the afternoon, even early evening. So, I decided to go to two cups of coffee per day max and attempt to ensure I didn’t have any after 12 noon.”

Of all the changes Dan made, he confesses giving up alcohol all bar one day a week was and still is the hardest,

“My wife is from Cape Town and big wine lover, not that I’m blaming her! Our wine stocks regularly ran into dozens of bottles. A couple of glasses a night were routine. So that was the next to go. Now I say that as if it was easy. It wasn’t, it still isn’t. And now the weather is getting hotter and the days longer, a cool beer after a mad commute home on my bike is very hard to resist!”

So that’s coffee and alcohol under control… What’s next?

There is an increasing landslide of research showing how good gut health can have a massive impact on overall health and wellbeing. With ulcerative colitis on his list of pre-existing conditions, Dan knew his next step was to consider his internal health, specifically his gut health.

Dan started using a pro biotic called Symprove. It’s a well-regarded product designed using a live bacteria that survives transit through the stomach to the gut where it’s needed. Symprove isn’t a quick fix and the programme starts with a 12 week course. Dan chose to take the daily dose first thing every morning.

In addition, Dan also started taking a prebiotic before he went to bed. The pre-biotic is a tasteless dry powder that contains fibre on which the good gut bacteria feed.

In the winter months especially, Dan can often go several days without seeing daylight. He gets up at 0545 and cycles to work in the dark, then works all day at PerformancePro either training clients in the gym or tucked away in the office. He then cycles home in the dark. So Dan’s self-confessed ‘pasty skin’ stays pasty!

So, Dan’s next small change was to start taking Vitamin D. He also threw in some Omega 3 oil for good measure!

He then abolished all screen time for at least 45 minutes before he went to bed, including his phone, TV and Ipads.

Dan’s final step before going to bed was to replace the screen time with reading before lights out.

Here’s a quick recap of Dan’s battery of eight small changes which he hoped would make the big change of tackling insomnia.

Dan is an honest down to earth guy, so steers clear of hyperbole. So when he describes the impact of his eight small changes as ‘transformative’ it’s worth paying attention.

The initial idea behind all the changes was simply to tackle his sleep problems with the hope that more sleep would lead to changes in other areas i.e. concentration, patience, sharpness, energy.

But just a month into his new regime, Dan felt different, very different and the results had gone way beyond better sleep.

In Part 3 of this Fitness Series, we look at the significant impact of these eight small changes…

Ready to take your first step and make some changes? Book your free consultation with PerformancePro today >>