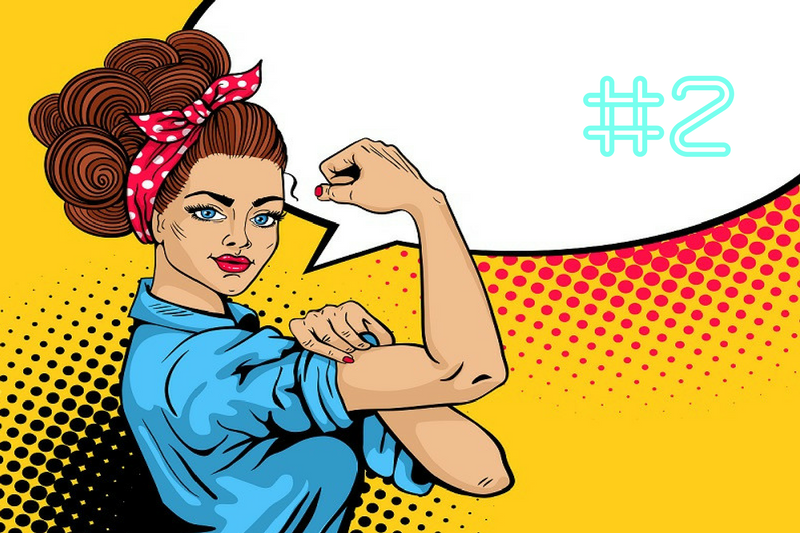 In Part 2 of Strength Training for Women, PerformancePro’s Director of Education, looks at the specifics of strength, endurance and body composition and how they affect the approach we take.

In the first of our series of Strength Training for Women, we shared an insight into the sports science behind weight training for women. In Part 2, Alex Adams, PerformancePro’s Director of Education, looks at the specifics in more detail.

Let’s cut through the nonsense about women and weight training and get to the point. You can train anyway you like! If you don’t enjoy lifting weights (and some people just don’t) then you can use your body weight. The body itself can be an effective ‘tool’ to help you get stronger, fitter and healthier. We would however, urge you to at least try resistance training with some external loads. The benefits are numerous and the process, as well as the results, are rewarding.

Whichever you choose, we can help. Anyway, back to the specifics.

Typically, females have a higher percentage of type 1 muscle fibres and a higher ratio of mitochondria (ie. the aerobic energy centres of muscle) than males. This means there are two key differences in training from a practical perspective.

Regardless of these two differences in muscle composition, the neuromuscular system (ie. the system we stress to get stronger) works essentially the same in males and females. The same activities, therefore, will make us stronger.

In other words, the same exercises, set and rep schemes and the same training styles ALL work for both sexes. Only minor modifications are needed between the genders and, as previously stated, these are largely judged on an individual NOT gender basis.

“Data suggest that the greater strength of the men was due primarily to larger fibers. The greater gender difference in upper body strength can probably be attributed to the fact that women tend to have a lower proportion of their lean tissue distributed in the upper body. It is difficult to determine the extent to which the larger fibers in men represent a true biological difference rather that a difference in physical activity, but these data suggest that it is largely an innate gender difference.” (Miller et al. 1993)

The benefits of women’s muscle fibre type and increased mitochondrial density really come into their own for endurance training.

It’s important to distinguish between strength endurance and aerobic endurance in its purest sense.

Depending on your goals and sport, we may train strength endurance all year round or only for a small portion of the year. It may feature as only a small part of your programme, or make up the larger part.

Either way, whether you’re a woman or a man, it is trained in the same way, with low loads relative to your maximum capability and done for many repetitions – e.g. 3 sets of 20 repetitions at <30% max load, resting only 30s between sets.

A calorie is a calorie whether you’re male or female! But the way we process those calories can differ according to gender.

When it comes to weight gain and fat loss, there are some effects caused by heightened female sex hormones that women are more likely to experience than men. For example, recent research shows that oestrogen causes increased fat storage and in locations in the body where it is also notoriously hard to lose it from. Typically, these hormones have both positive and negative effects depending on the levels and phase of the natural cycle.

But, don’t despair. We can influence our hormones positively through both exercise AND our food intake. For example, high intensity interval training can temporarily raise growth hormone, weight training can increase testosterone and both change our insulin receptor sensitivity. Eating lots of dark green leafy vegetables can affect our processing of oestrogen.

So what about the differences between women and men?

Obviously, there are undeniable differences in the physiology of men and women. Those of us working in the sport science industry have spent considerable time trying to better understand these differences and the influence they might have.

Ivey et al. (2000) found that males could gain twice the muscle mass as females, within the same time period, and that hormones were largely responsible.

Some of the more applicable factors include the cycle relating to sex hormones which can have a knock-on effect on other biological systems.

For example, during the pre-ovulatory phase of the menstrual cycle we see an increase in the hormones oestrogen and follicle stimulating hormone. This phase has been shown to increase the laxity in ligaments possibly through affecting the collagen matrix. In turn, this can have implications such as increased injury risk, higher pain experience and less motor-control (Hewett, Zuzlak & Meyer, 2007).

Knowing and planning for this kind of physical change can make the training process a much more productive experience for our clients.

For a more in depth look at this and related information, check out The Women’s Book: Vol 1 by Lyle Macdonald and Eric Helms.

STRENGTH TRAINING FOR WOMEN AT PERFORMANCERO

At PerformancePro, we tailor your strength training to your specific goals. And, if you’re not sure where to start, we can help you with your goal setting too!

In our recent series of PerformancePro client profiles, three female clients share their very different and individual experiences of strength training for women.

Everyone’s motivation to consider professional personal training is different. Whichever path you take, we’re with you every step of the way.